STONE TEMPLE PILOTS TO PERFORM PURPLE ALBUM IN ITS ENTIRETY 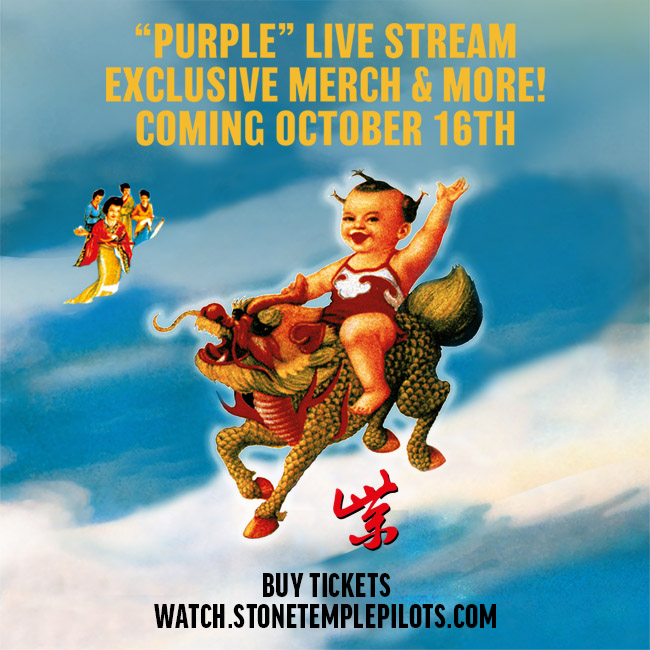 Stone Temple Pilots will perform their iconic album, Purple in its entirety for an epic livestream event, Friday October 16 @ 5pm PST / 8pm EST via watch.stonetemplepilots.com
When Stone Temple Pilots returned to the studio in 1994 to record the band’s second album, the quartet was facing the high expectations set by its debut Core, which sold more than eight million copies and earned a Grammy Award. The release of Purple would cement their place as one of the definitive bands of their generation as the album debuted #1 on the Billboard album chart on its way to selling more than six million copies.
Tickets for the livestream event are $10.00 and can be purchased HERE
Exclusive STP merch will be available to ticket purchasers.