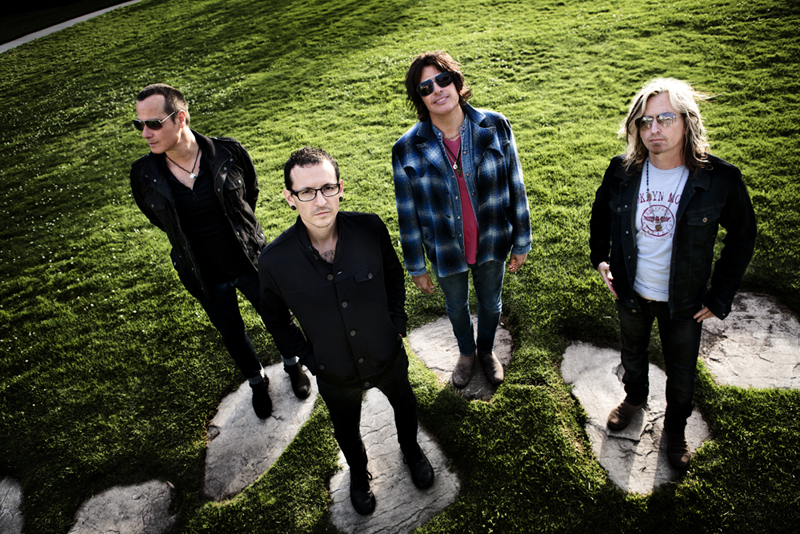 Fellow Stone Temple Pilots Robert DeLeo and Chester Bennington, now pulling double duty as frontman for both Linkin Parkand STP, sat down with Rolling Stone recently in North Hollywood. Before a revealing hour-long interview, DeLeo brought a reporter his laptop and a pair of headphones to hear the band’s forthcoming EP, High Rise.

Featuring five songs, the EP ranges from the straight-ahead hard rock of the lead single “Out of Time” and the planned second single, “Black Heart,” to “Cry, Cry,” a song written by Bennington, which segues nicely into the EP’s closer, the atmospheric long player “Tomorrow.”

With legal battles with Scott Weiland ongoing, DeLeo didn’t want to say too much about the band’s former singer, yet a lot emerged over the course of the interview. “Dean (DeLeo), Eric (Kretz) and I have been saddled by someone for a long time,” he said at one point. “We’ve always looked out for Scott’s best interests and tried to be a great friend to someone who really didn’t care to be friends with us.” That eventually led, he said, to “a very difficult decision.”

There is a freedom of collaborating in this day and age, and I’m sure that ties nicely into you guys being able to try something new.

Read the rest of the interview at Rolling Stone.com