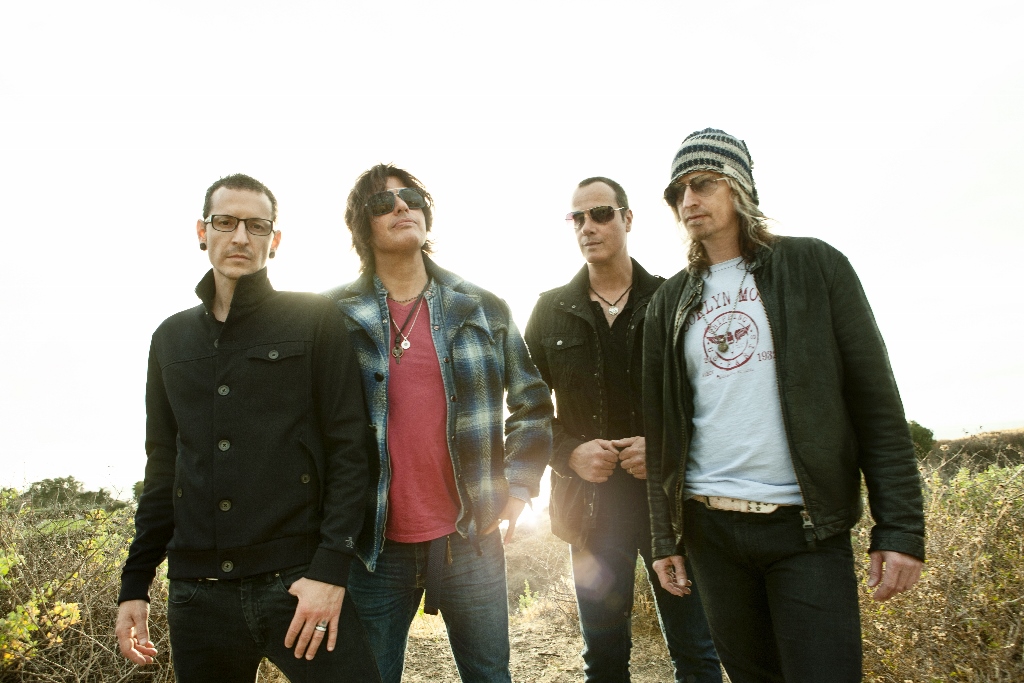 The men behind one of the most influential bands in rock and roll, bassist Robert DeLeo, guitarist Dean DeLeo and drummer Eric Kretz of STP, recently joined forces with Linkin Park vocalist Chester Bennington. The new line-up of the band independently released a five-song EP, High Rise, on October 8th. The debut single ‘Out of Time’ reached number one on both the Mediabase Active Rock and Mainstream Rock chart, and their new single, “Black Heart” is climbing fast. The band’s first North American tour kicked off on September 4th and will continue with various dates throughout the end of the year.

“It is a privilege to stream a concert from this unique tour for fans worldwide,” said David Carrico, co-founder and chief marketing officer. “We are especially excited to stream songs from the band’s new EP, introducing these songs to both longstanding and new fans.”

EVNTLVE allows fans who cannot attend the show to watch high definition, multi-camera views of the concert on their computers, mobile, or tablet devices. Viewers have an all-access pass to watch their favorite performers, read the artists’ back-stories, purchase songs instantly and chat with fans around the world via EVNTLIVE’s “Buzz” feature.

Fans can log onto www.evntlive.com starting at 8 p.m. EDT / 5 p.m. PDT on November 1st for the concert.